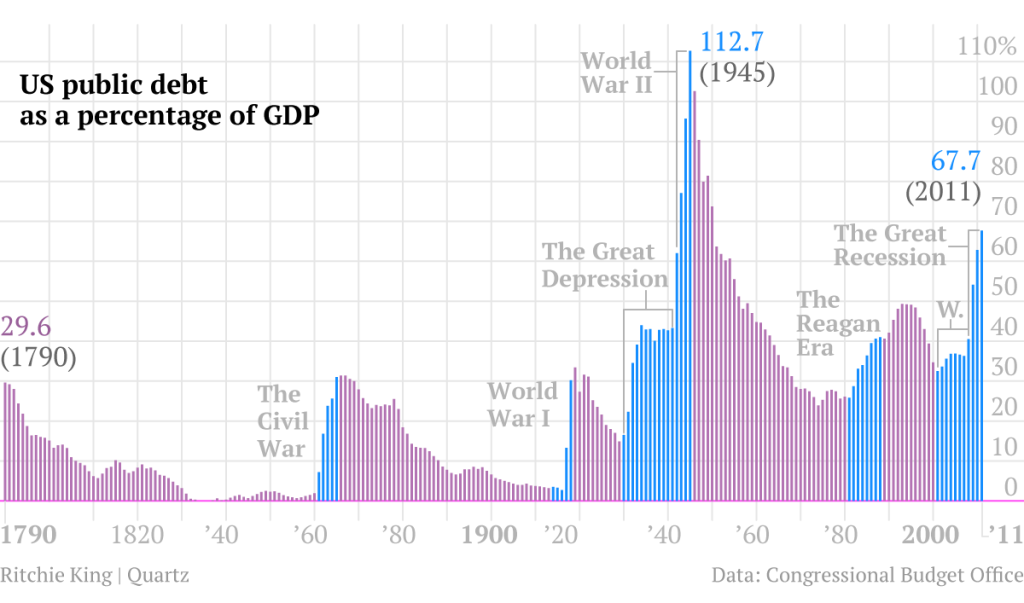 OK the Congressional Budget Office (CBO) is projecting the budget deficit to reach 31 Trillion dollars by 2030. This would amount to a whopping 98% of US GDP. However none of this debt includes the Green New Deal, Medicare for all, Slave Reparations, or the elimination of College loans. So basically the CBO is just addressing the tip of the ice berg.

While the US hasn’t seen this level of debt since WW2 the difference is that coming off of a War that had bombed our competition (Germany, Japan) back to the Stone Age America was producing 50% of the world GDP and could charge whatever price they wanted for it. At the same time the US Government could tax whatever they wished without doing any short term harm to the economy. Those conditions will not exist the next time around and very likely we will be reaching a 98% debt level well before 2030 given the above!